The ASR (Articular Surface Replacement) used to cover the femoral head with a metal surface cap and replace the hip socket of the pelvis (acetabulum) with a metal cup;

The ASR XL Total Hip Implant, used for total hip replacement surgery consisting of a femoral ball and stem, and a metal socket.

These implants are made entirely of metal alloys (metal-on-metal), which through continuous friction cause the release of metal particles, affecting the operated joint and the adjacent tissues. The dispersion of metal particles within the joint has been made responsible for the degeneration of the articular bones, ongoing local inflammation and soft tissue growth. In some patients the metal particles circulate via the blood stream and spread throughout the body, causing systemic metal toxicity, which can escalate from mild to severe symptoms. These implants have been employed in thousands of patients in the USA and worldwide including Australia.

Unexpectedly these metal-on-metal prostheses resulted in higher rate of revision surgery, often requiring a second hip replacement, which normally presents more challenges than the first one. Nowadays , DePuy is confronted with 5000 complaints to the FDA (Food and Drug Administration, USA, www.fda.gov) and 1000s of lawsuits worldwide in regards to their Articular Surface Replacement resurfacing and total hip replacements.

Australia was the first country in the world to take regulatory action to ensure the removal of the DePuy ASR hip replacements from the market. In 2009 the Therapeutic Goods Administration released a national recall of these devices due to mounting complaints from both, patients and surgeons (https://www.tga.gov.au/behind-news/recall-depuy-orthopaedics-asr-hip-replacement-device). The class action, started in 2011 is still open to those affected patients willing to join in. This means that in Australia hundreds patients may be eligible for compensation, should they require a revision surgery with a new implant. If the Federal Court signs off the settlement, this class action will follow in size the two compensations given to date to the Black Saturday Bushfires victims. Thus far, the DePuy case remains the largest class action for a single product.

This website is published for the benefit of people who want to make a claim in the proposed settlement of the DePuy ASR Class Action.

Important information regarding the settlement will be published on this website as it becomes available.

On March 31, 2016 it was announced that the parties had agreed to settle the DePuy ASR Class Action for $250 million.

The Class Action was commenced on behalf of “Group Members” who were implanted with an ASR Resurfacing Implant and/or ASR XL Total Hip Implant in Australia.

In the Class Action, it was alleged that the ASR hip implants were defective in design. The Respondents denied these allegations and defended the proceedings. In the first half of 2015, there was a 17 week trial in the Federal Court of Australia. No judgment has yet been handed down by the Federal Court.

The settlement will need to be approved by the Federal Court of Australia before people who were implanted with an ASR Implant can be compensated.

As part of this process, the first step will be for the Federal Court to approve the form of a notice to be sent to Group Members with information about the settlement. Once it is approved by the Federal Court, the notice will be sent to you by Crawford & Company shortly after April 26, 2016.

The notice will contain important information about the settlement.

If you are concerned that your contact details may have changed, please contact Crawford & Company on 1800 665 460 to ensure that you receive the notice.

A copy of the Settlement Notice will also be available to download from this website after it has been approved by the Federal Court.

A/Prof Morganti-Kossmann is a scientist with a career of 30 years in medical research achieved in leading academic institutions in Europe, USA and Australia. She is the cofounder of Lex Medicus Publishing and responsible for all educational activities disseminated through our website

Cristina Morganti Kossmann
News
Perinatal Death at Bankstown-Lidcombe Hospital
Comment by A/Prof Ian Pettigrew, Obstetrician and Gynaecologist
News
New ISCRR Report on Work Related Injury
Musculoskeletal injuries are the most common injury claim type in work-related injury, according to the recent ISCRR report.
News
Director of Lex Medicus to speak at ALA National Conference
Thomas Kossmann will speak at the National Conference of the Australian Lawyer Alliance
News
Introducing A/Prof Cristina Morganti-Kossmann
Lex Medicus Publishing provides invaluable educational resources to give an edge of medical understanding in interactions with clients.
News
Compensation in Spinal Cord Injury: Diagnosis vs treatment
Compensation in spinal cord injured ptients is a complex topic with many variables that can influence the outcome. 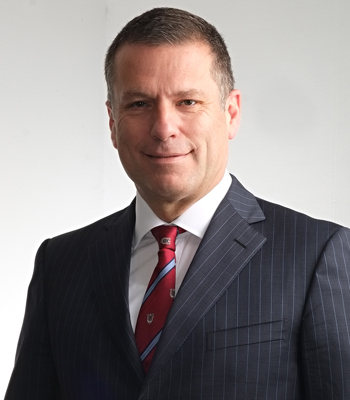